Being a busty girl has never been all easy but still, I love myself and I love my body. So when I get looked at or treated like I’m just some piece of raw meat to be glared at and desired, I start feeling very conscious of my body and I hate that feeling so much. That is exactly how I feel everytime I’m harassed on the street. Catcalling,  unwanted comments, gestures, honking, wolf-whistling, following, persistent sexual advances, touching and the rest by total strangers. IT IS NOT OKAY! It’s the worst actually. It is outrightly disrespectful but not just that. It is scary because you don’t know what can happen next.

It might be okay to take a glance or two at someone. Maybe that cannot be controlled. But when you stare at someone so much that the person feels naked or assaulted or you start making unsolicited comments then there is a huge problem. I’m honestly tired of walking on the road and being a victim of all these. Sometimes, I’m really pissed off and I reply angrily with a snarky comment. Sometimes, I just ignore. Sometimes,I feel unsafe and I walk faster or even run if I have to. 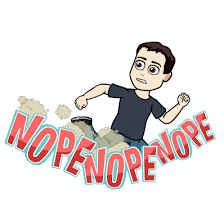 On so many occasions on the road, I’ve had men say really disgusting things.  Some would outrightly shout things like breast or ass or make silly comments about what they want to do to me. I was coming from the office one day and a strange man started staring at me. I tried to look away as if I didn’t see him staring but I could feel his eyes boring into me. I felt so uncomfortable. I turned to look at him again and he looked into my eyes and started to demonstrate grabbing breasts and pressing them, with a mischievous smile on his face. I’ve never felt so humiliated in my life.

Another day, also on my way from the office,  I was going to board a bus at Ikeja when one of these agberos (street thugs) blocked my way and started shouting “Hayyy Oyan! Oyan reee! Haaa” (See breast, this is breast). That alone was embarrassing but not as embarrassing as what happened next. I tried to maneuver my way to leave but this guy pulled me back. Like he actually grabbed me and pulled me back. I yelled “Are you mad?” or something of the sort, I don’t remember. But this guy grabbed me even tighter. I got scared.

Note that I was at a bus garage so there were actually people there, but it was just as if they weren’t there because nobody did or said anything. I started to shout at the guy to leave me alone. I remember saying something about him sleeping in a police cell if he didn’t let go. He finally let go and I couldn’t even board my bus again. I was shaking.  I just called an uber, got inside and  I cried.

I don’t even know exactly why I cried that day. Maybe because I felt assaulted and humiliated, maybe because I was so scared something worse was going to happen or maybe because this thing has become so normalized that nobody even came to my rescue or even at least asked what was going on. I was still shaking even when I got home. The Uber driver turned back to show me the cost of my ride and I flinched.

Before anybody asks me what I was wearing, remember that on both occasions, I was coming from work. So I was corporately dressed. But still, the way one is dressed should not even matter. Bad behavior is bad behavior and should be addressed as such. Don’t call it compliments or whatever.

Some will stare at you so much that you can feel them taking off your clothes with their eyes.

I don’t know if I’m the only one who experiences these but if you do too,  I would say speak up. Defend yourself and your space.  No one has the right to make you feel insecure, scared or uncomfortable. That day as that guy grabbed me. I was afraid. I felt fear. Real fear. I started to feel suspicious of strange men coming close to me and for a while after the incident, I still flinched anytime someone came disturbingly close.  I honestly don’t think it is okay to feel that way because of another person’s inability to behave like a human being.
However, I think that while we are telling girls to protect themselves, we need to educate people to behave themselves because if they do, then the girls won’t even need the protection in the first place.  Society needs to stop normalizing abnormal animalistic behavior. It needs to stop viewing these things as harmless or minor because it is in fact sexual harrassment and also traumatizing.

Individually, I would advise us to all try to stand up against sexual injustice anywhere we find ourselves. I’ve had a guy stand up for me once when I was being harassed and I’ve never been more grateful to someone than I was that day.

I’ll do a post soon on how to respond to street harassers and maybe another one on ways men can stop street harassment. I just keep hoping that somehow everything would change one day but till then, let’s all continue doing our parts to make things better.

If you’ve had similar experiences or you have something to say on these issue, by all means feel free to drop a comment or send a mail to tinyeyed@gmail.com . Let’s talk about it. Drop a comment.

Thanks for reading darling. Stay consistent.
Much love 😍 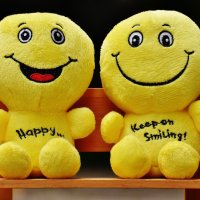 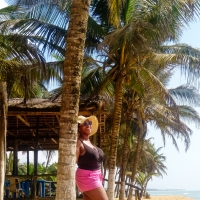 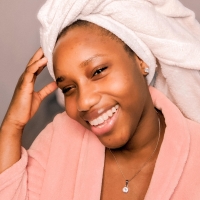